Live sports is one of the primary reasons for purchasing a TV subscription (traditional cable TV or streaming). Considering the costs (thanks, Regional Sports Networks) one might expect that video quality would be top notch, but unfortunately this may not be the case.

Surprisingly enough, YouTube TV and ESPN+ may have jumped past traditional TV sources when it comes to image quality.

This post is part of an attempt to objectively compare the TV sources. It's obviously just one frame of video, but I can confirm that what I am seeing in this frame is consistent with what I see while watching on a standard television.

This frame of video is from the 01/20/2022 Columbus Blue Jackets vs Philadelphia Flyers game broadcast on NBC Sports Philadelphia.

The Verizon Fios video was tuned using a HDHomerun Prime tuner and the image was directly pulled from the MPEG2 video source file using VLC.

The ESPN+ image was pulled directly out of the mpeg4 stream using VLC.

I tried to match the frames exactly but they are slightly off as the differing video players didn't seek in the same way. The ESPN+ source is 720p. The ESPN source image was upscaled to 1080p in Photoshop for this comparison.

None of these providers provide a video feed that would be considered "high quality" in 2022. This is to be expected as broadcast/cable TV technology is ancient at this point.

YouTubeTV: Overall the YouTube TV video looks good and is free of any obvious compression artifacts. The other source images do have a bit more detail.

ESPN+: Even though it is a 720p source, the video retains more detail compared to YouTube TV. Some compression artifacts are visible around the edges of on-screen elements, but it's minimal. Nice Bonus: There are no fake advertisments overlaid on top of the video.

Verizon Fios: Compared to the other sources this video retains the most detail. However, there are a substantial amount of compression artifacts throughout which is very noticeable on a television from a normal viewing distance. This is surprising as the MPEG2 video source has an average bitrate of 18.3 Mb/s which should be sufficient for a good 1080i video feed. Perhaps this is not a limited bandwidth issue, but some video processing gone wrong? Regardless, a fiber-to-the-home product that cost as much as Fios TV should be better.

Conclusion: In my opinion, the ESPN+ video is the best choice for video quality. It is a good compromise in that it retains some detail, but doesn't contain distracting compression artifacts. Depending upon your location, your favorite team might be blacked out on ESPN+. If that is the case, YouTube TV is a good alternative. I wouldn't recommend Fios TV at all for watching hockey on NBC Sports Philadelphia if picture quality is your primary concern.

Carter Hart is completely covered in compression artifacts in the Fios broadcast. Also keep an eye on the ringing (ghosting) around the text on the boards as you switch between images. 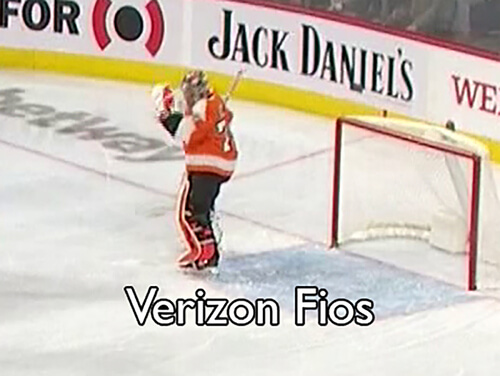 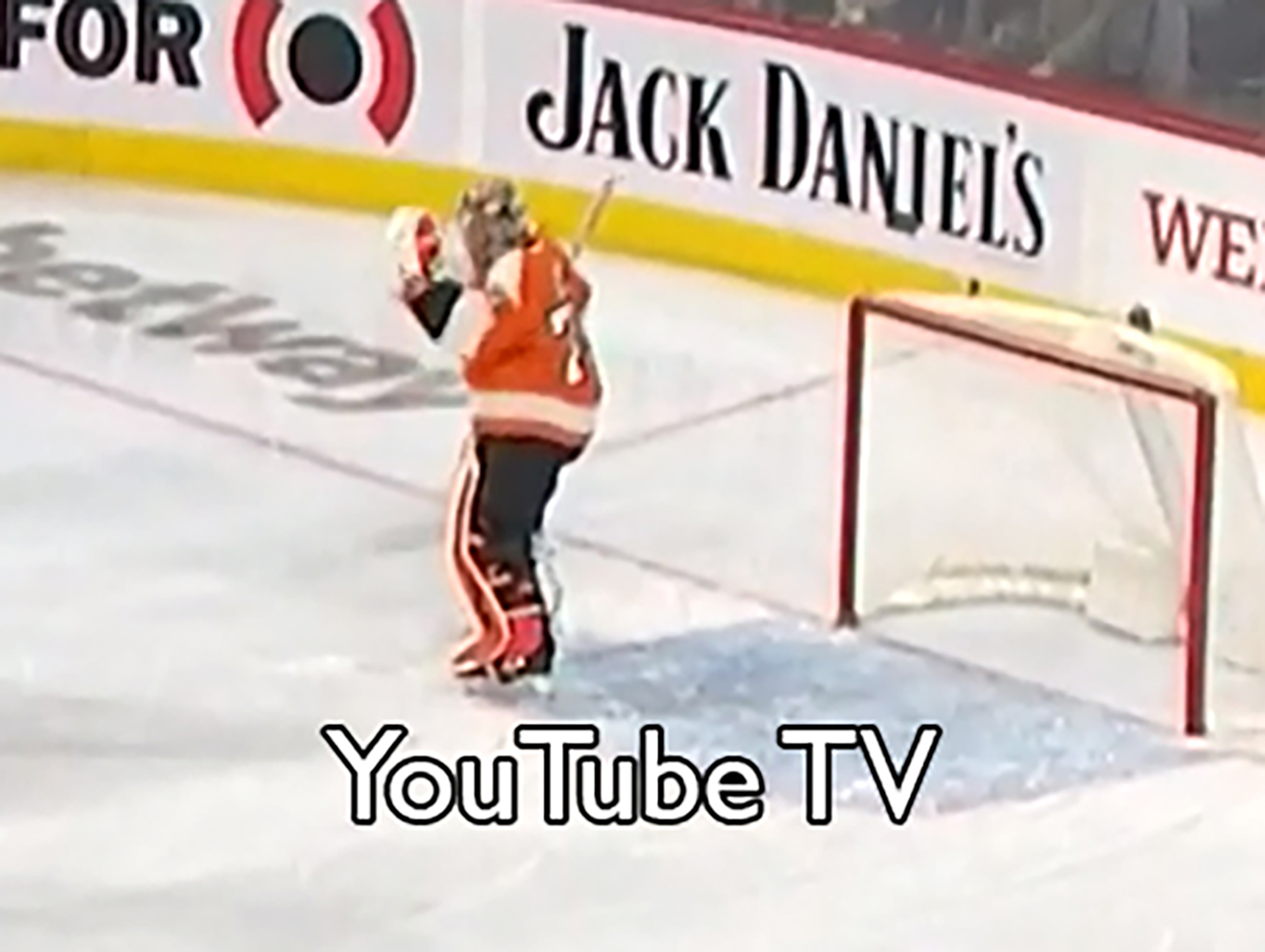 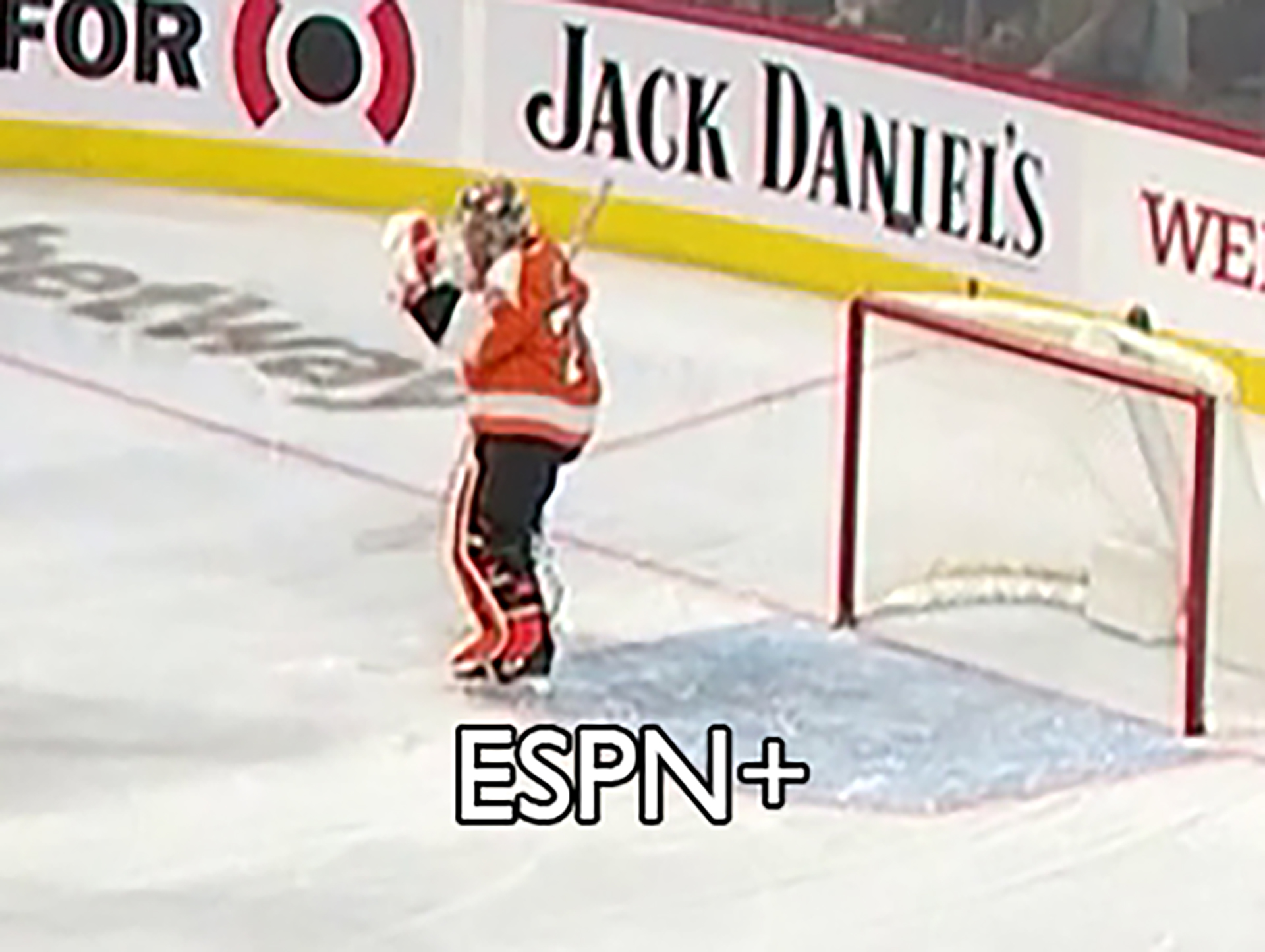 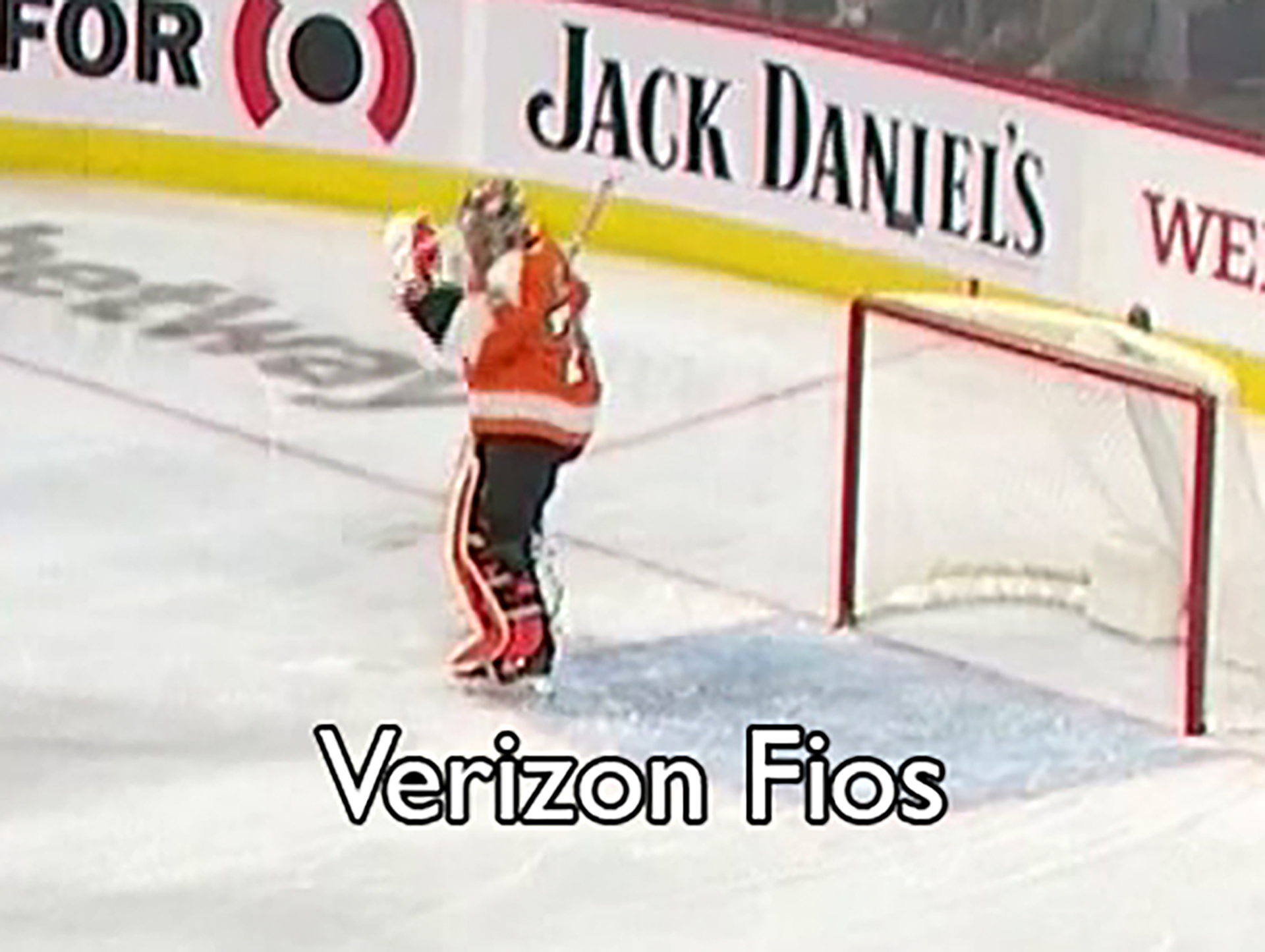 This example shows the differing amounts of detail provided by each source. Almost all of the safety netting at the top of the screen is visible on Fios but not with the other sources (blurred with the background). 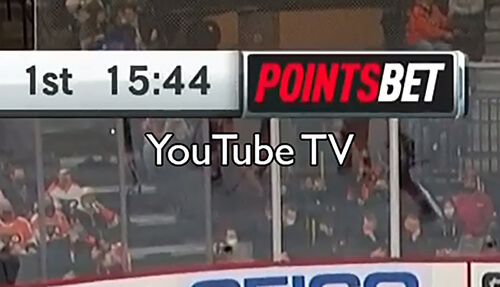 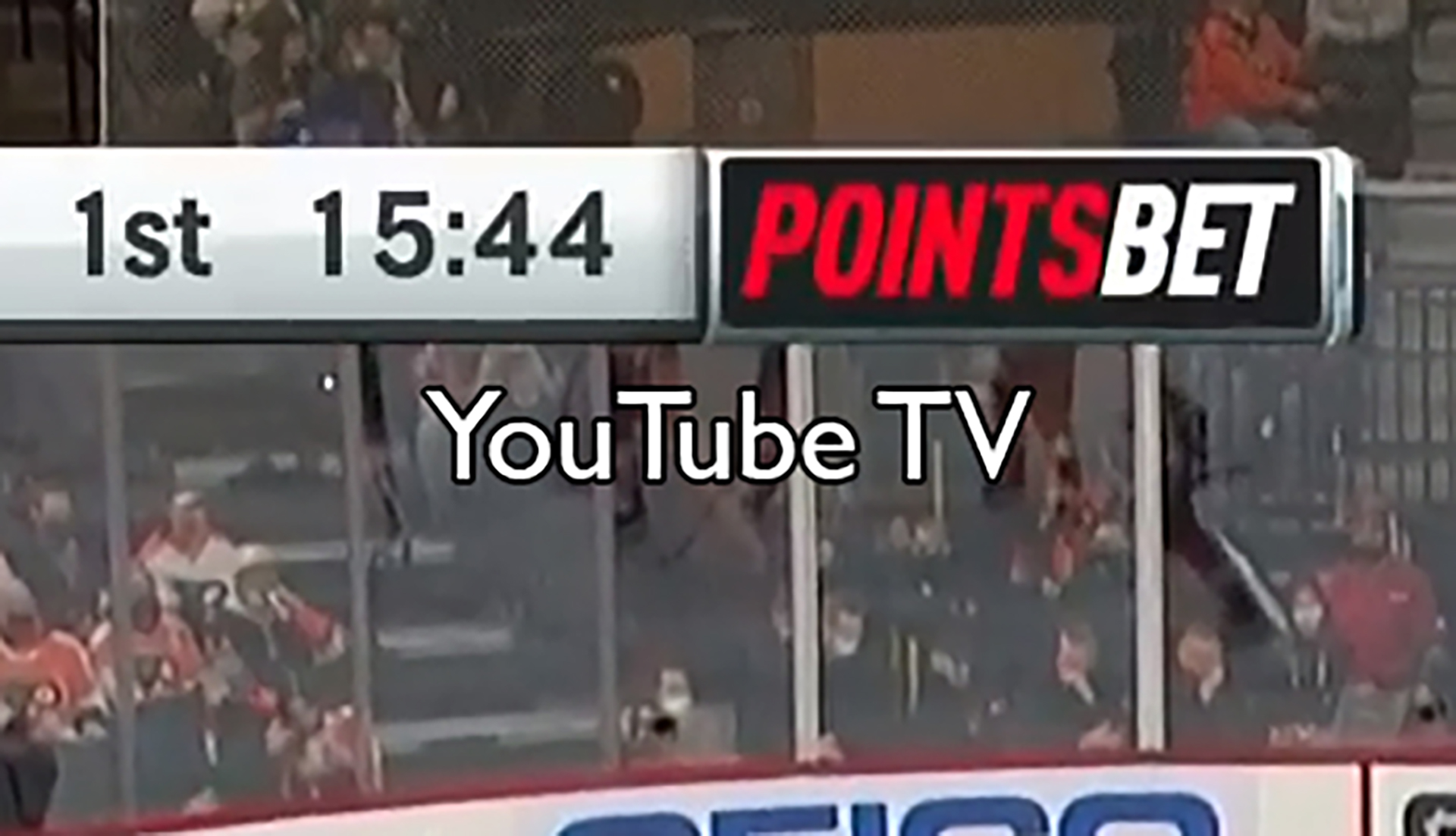 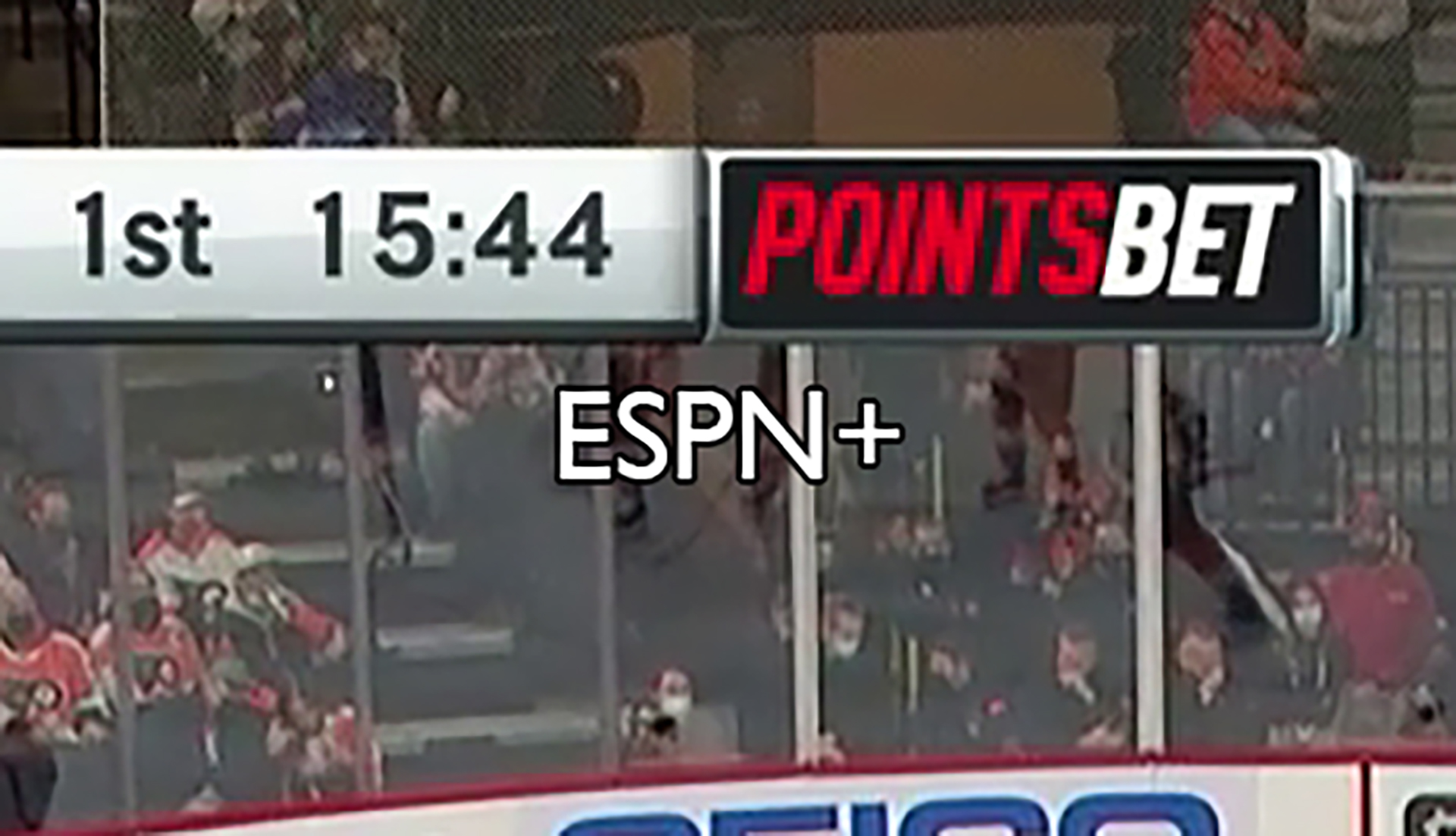 Another example of the differing amount of compression artifacts. 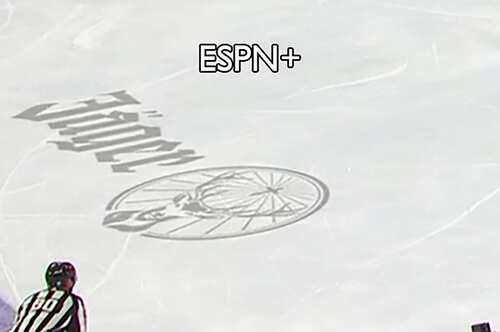 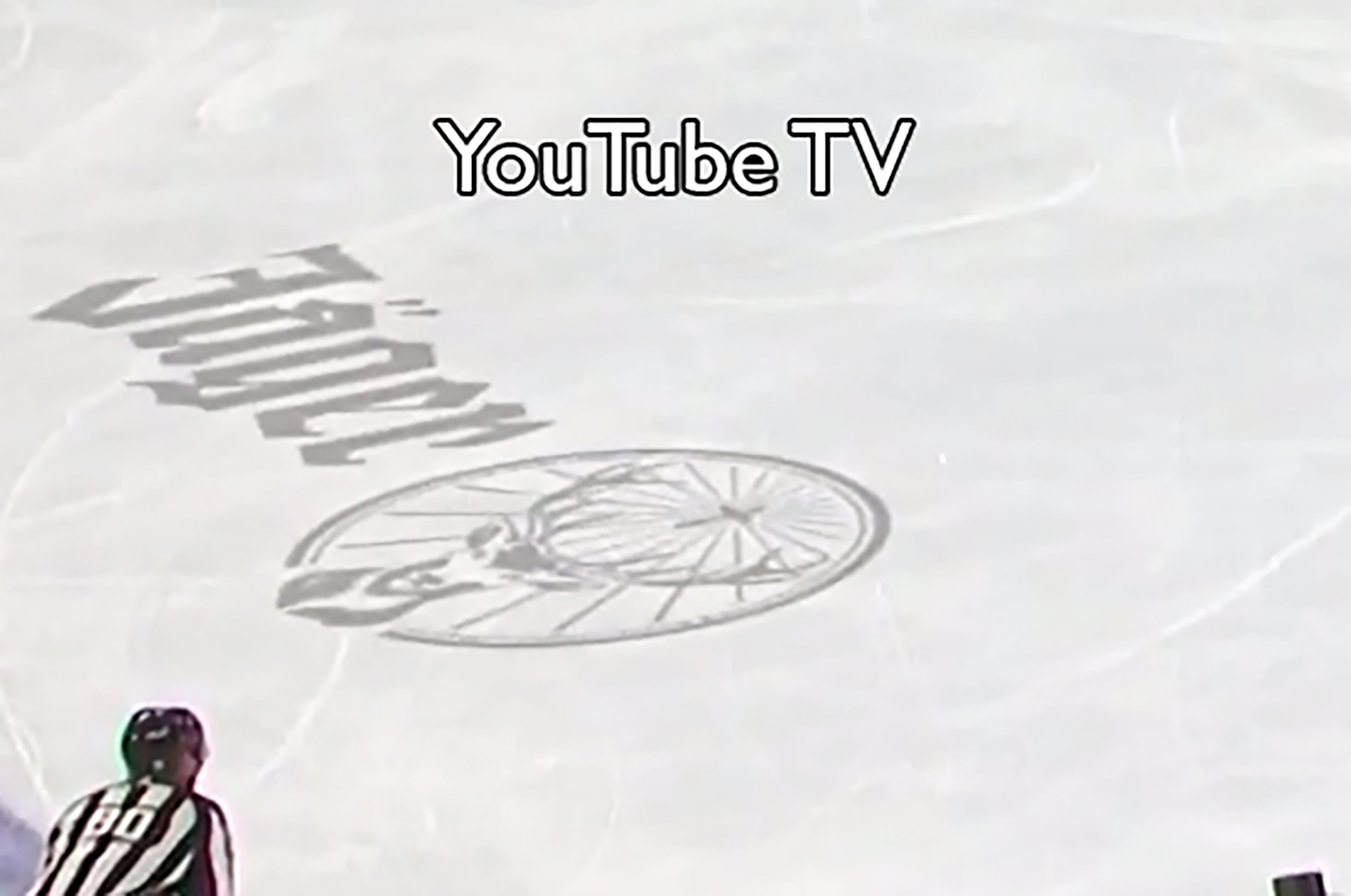 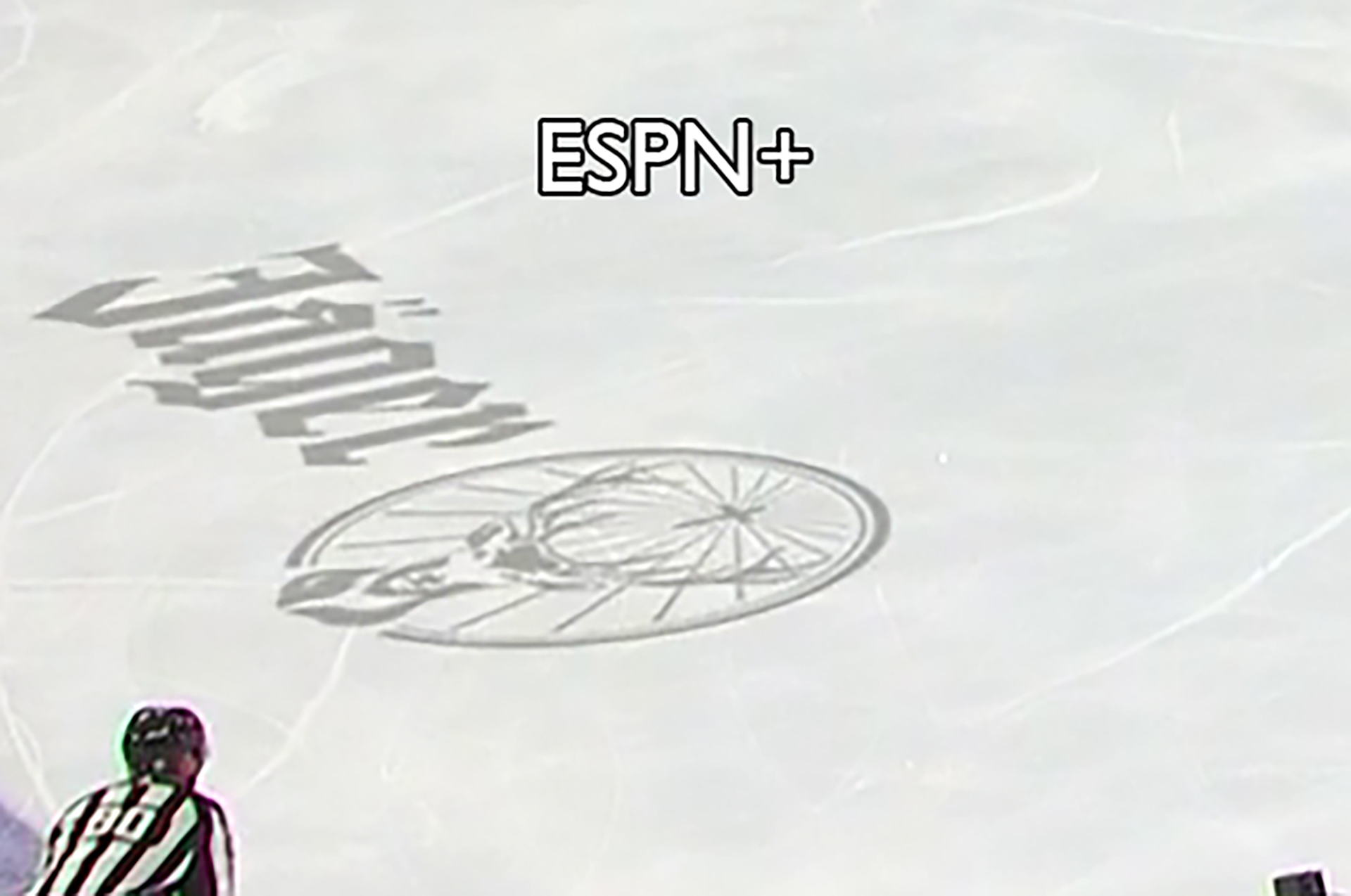 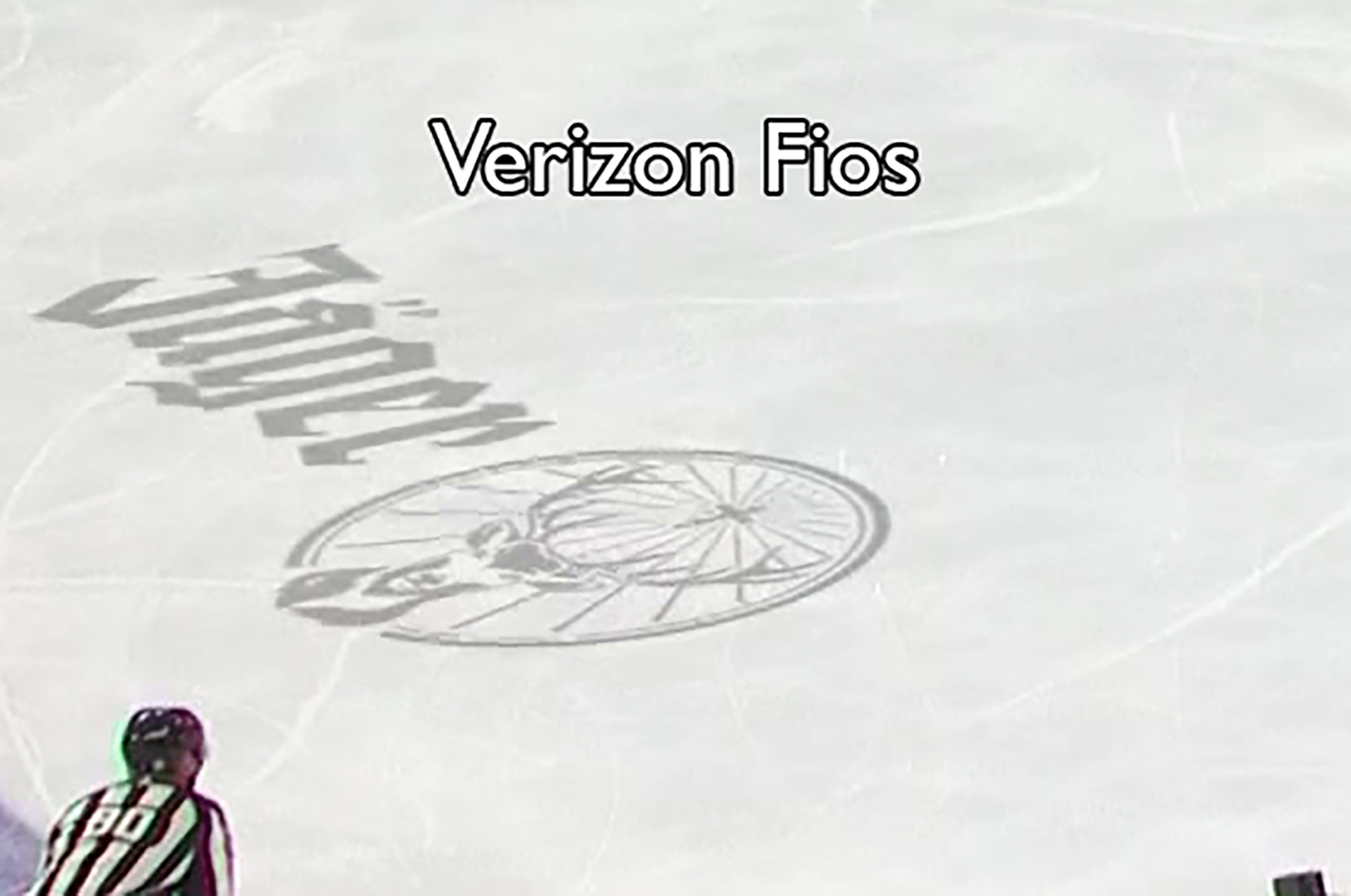 A larger view that confirms what was seen in the other image comparisons. Note that the player's visors are not visible on YouTube TV. They are blended in with the ice. 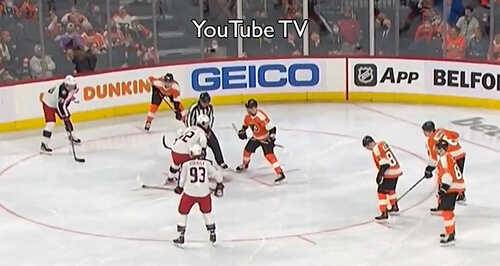 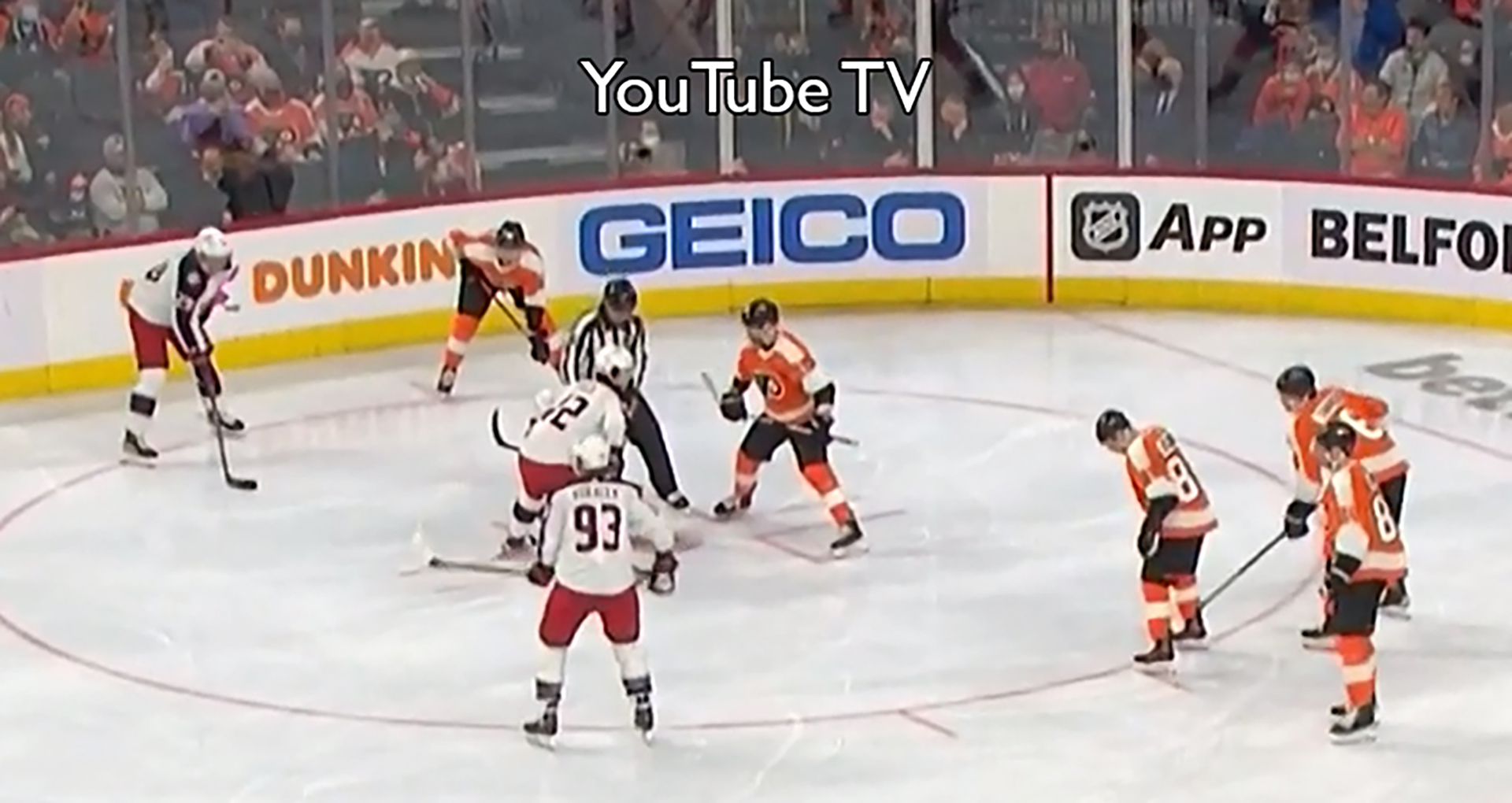 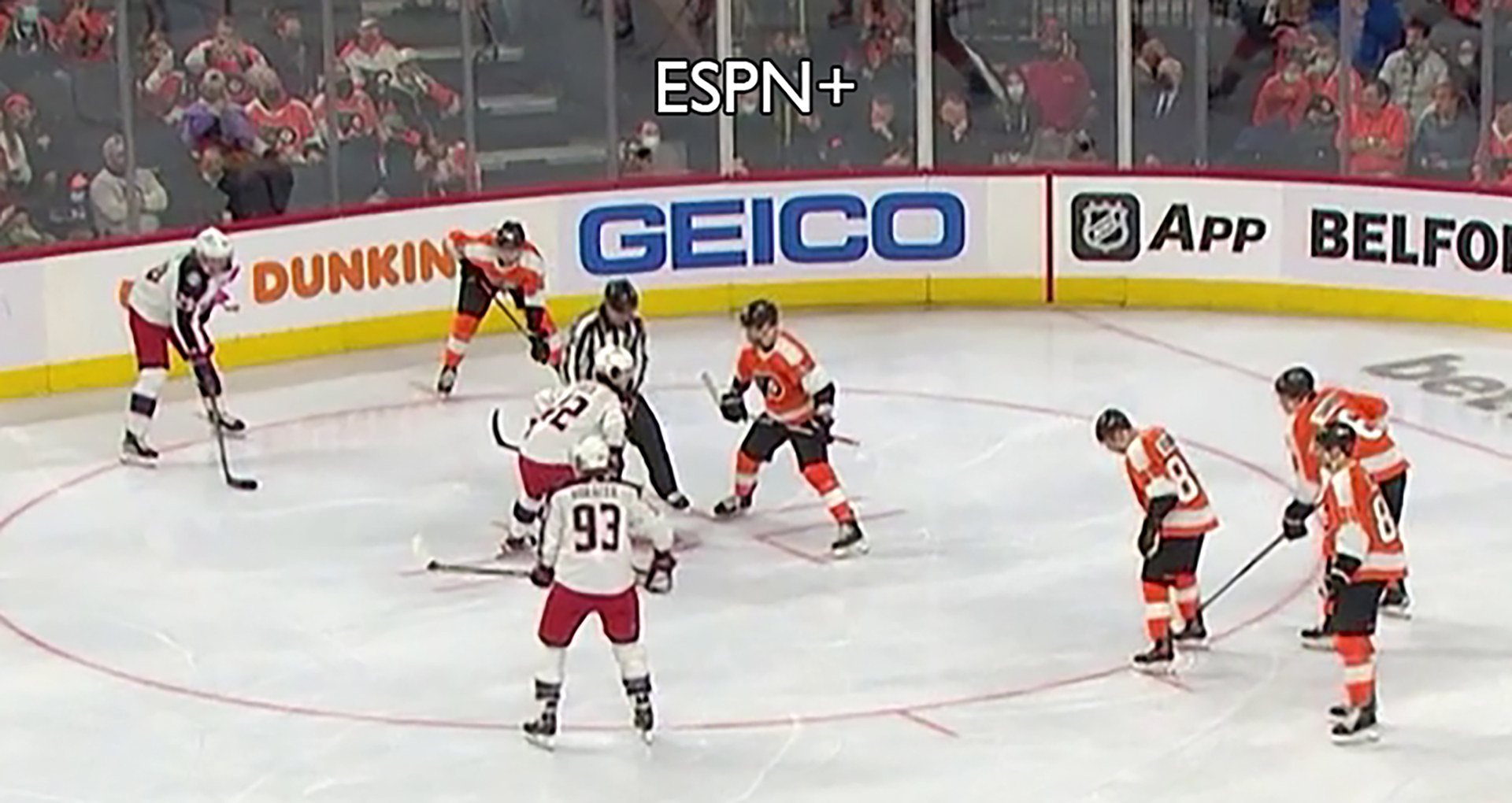 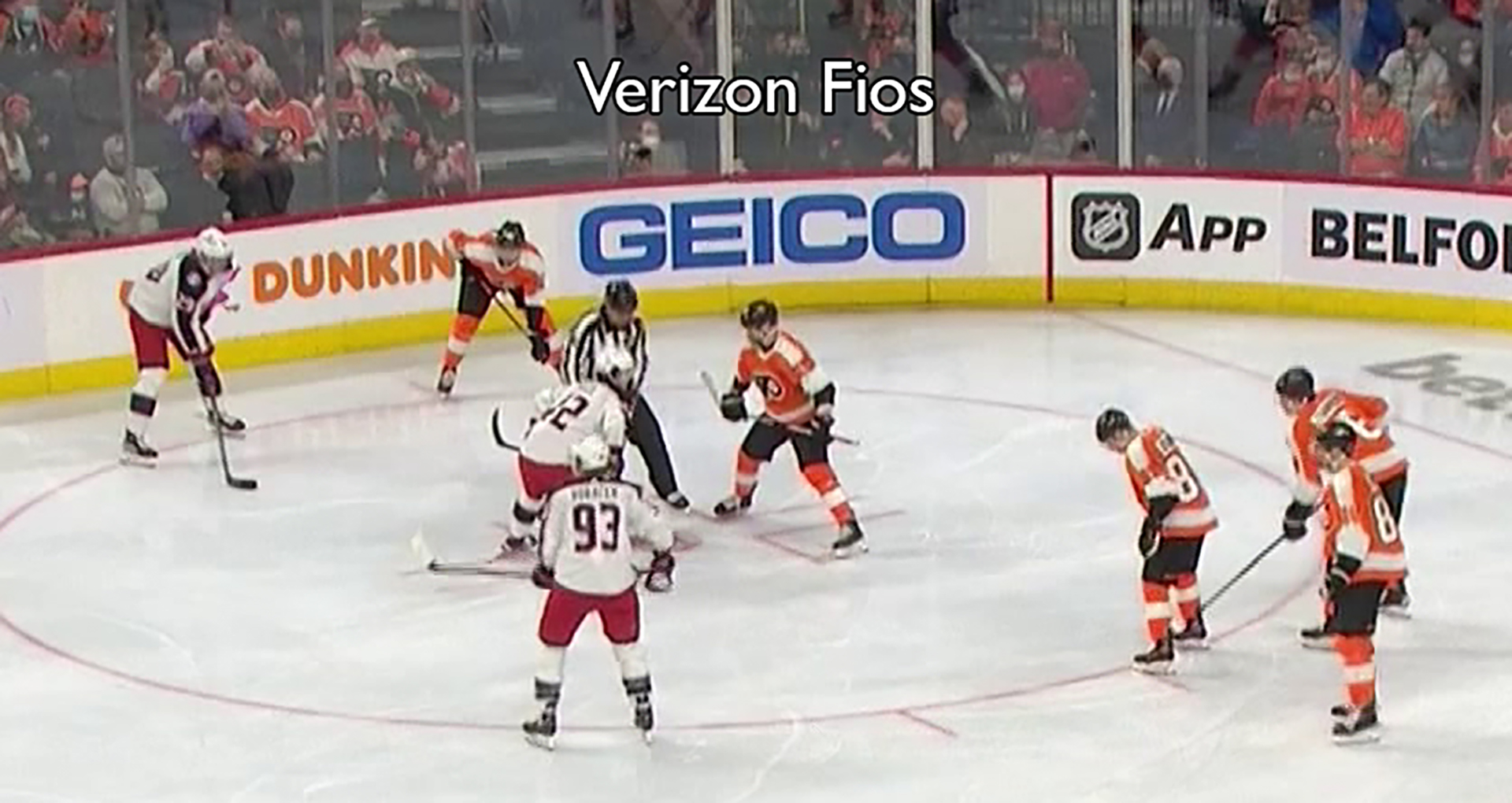 Provided for reference. The differences between the videos can be seen at the normal size, but it's easier to point them out when zoomed in. This example also happens to show how much nicer the ESPN+ version is without distracting ads overlaid on the image. 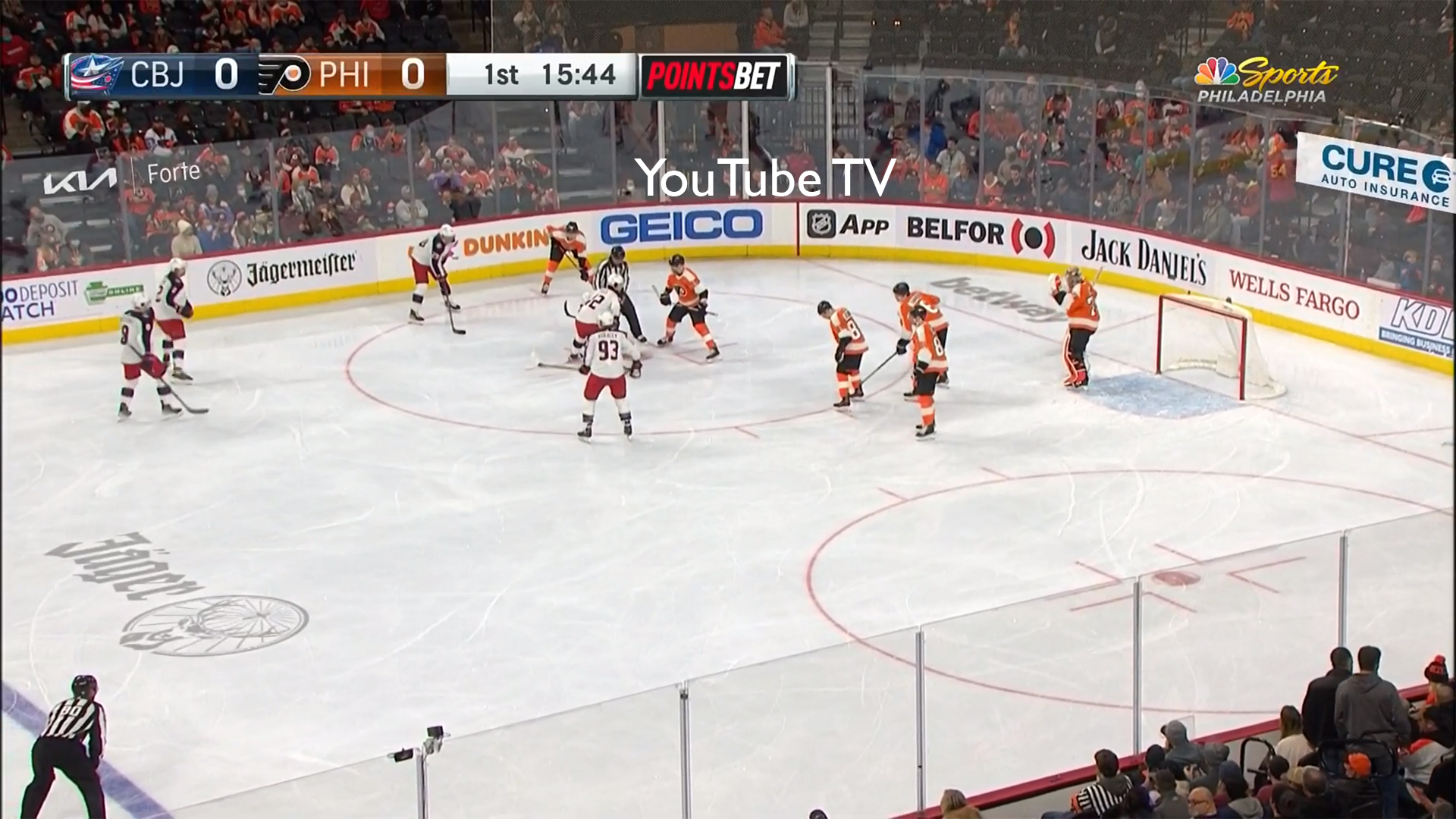 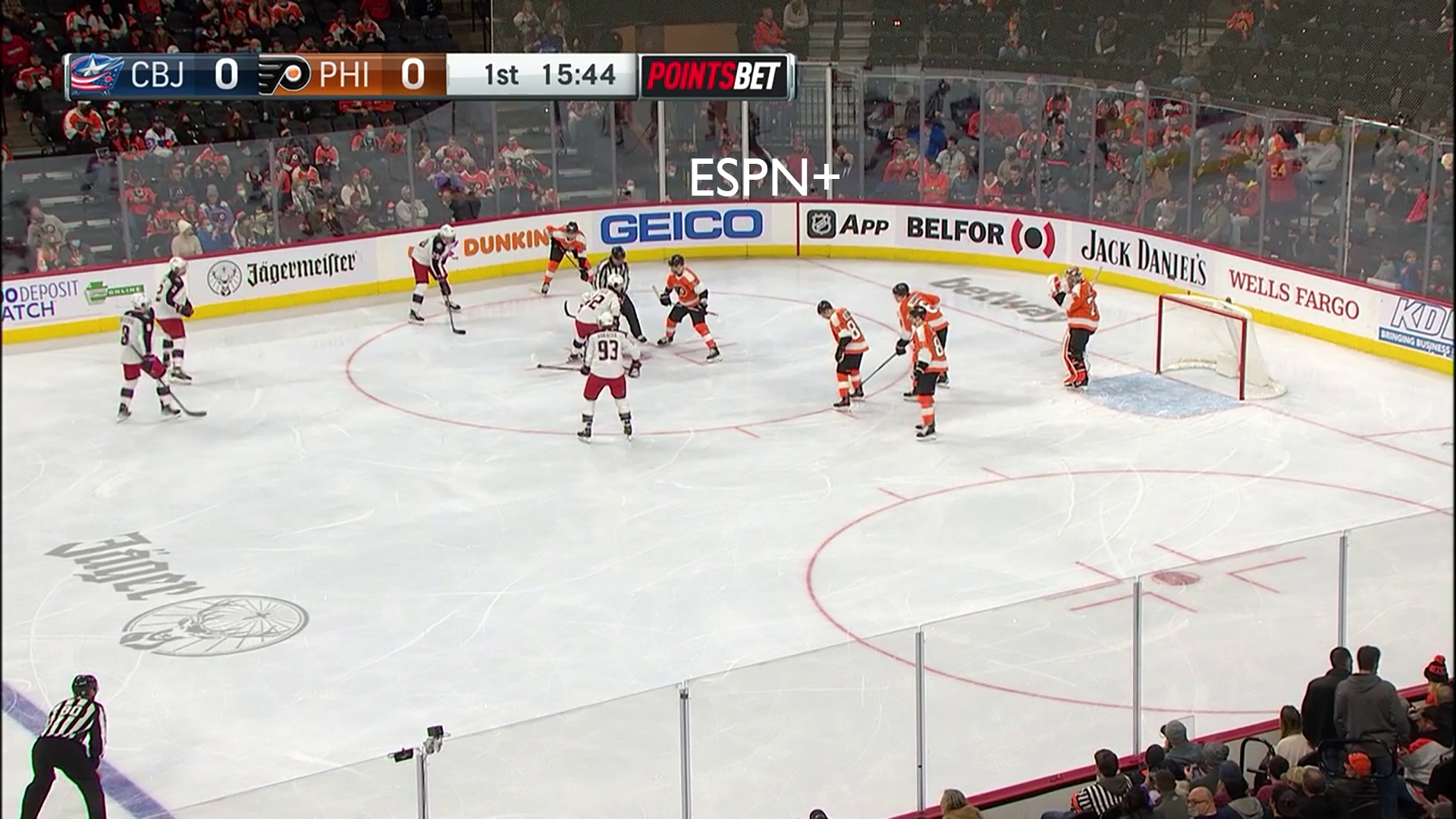