It has often been assumed that over-the-air or cable tv sources will offer better image quality when compared to live TV streamed over the Internet, but this isn't universally true. Especially in recent years since the FCC repurposed TV spectrum for cellular phone service.

In an attempt to provide an object comparison I have captured some screenshots from YouTube TV and Verizon Fios broadcast. In previous tests I have found that the over-the-air broadcast is nearly identical to the Verizon Fios version so I did not include OTA in this comparison.

This is just an image quality comparision. There are differences in audio quality, latency, and reliability that should also be considered when choosing a provider.

Simply put, the YouTube TV version contains substantially less compression artifacts and looks much better overall. The Verizon Fios version perhaps has a bit more detail, but I can't say it is worth it in exchange for the macroblocking and other noise.

The Verizon Fios source has compression artifacts around all of the letters. Also see the macroblocking in the bottom left area of the map. 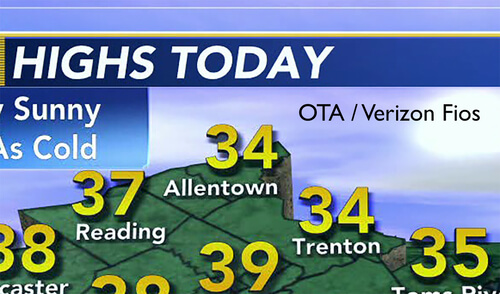 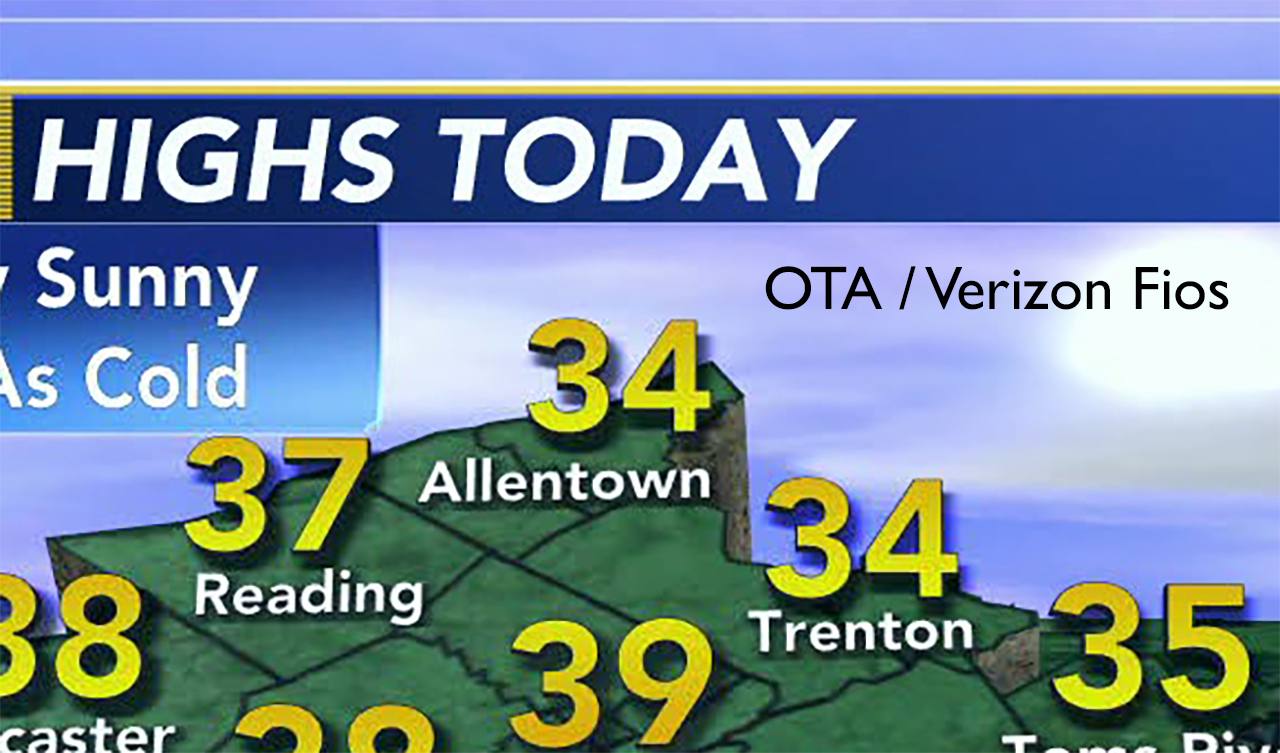 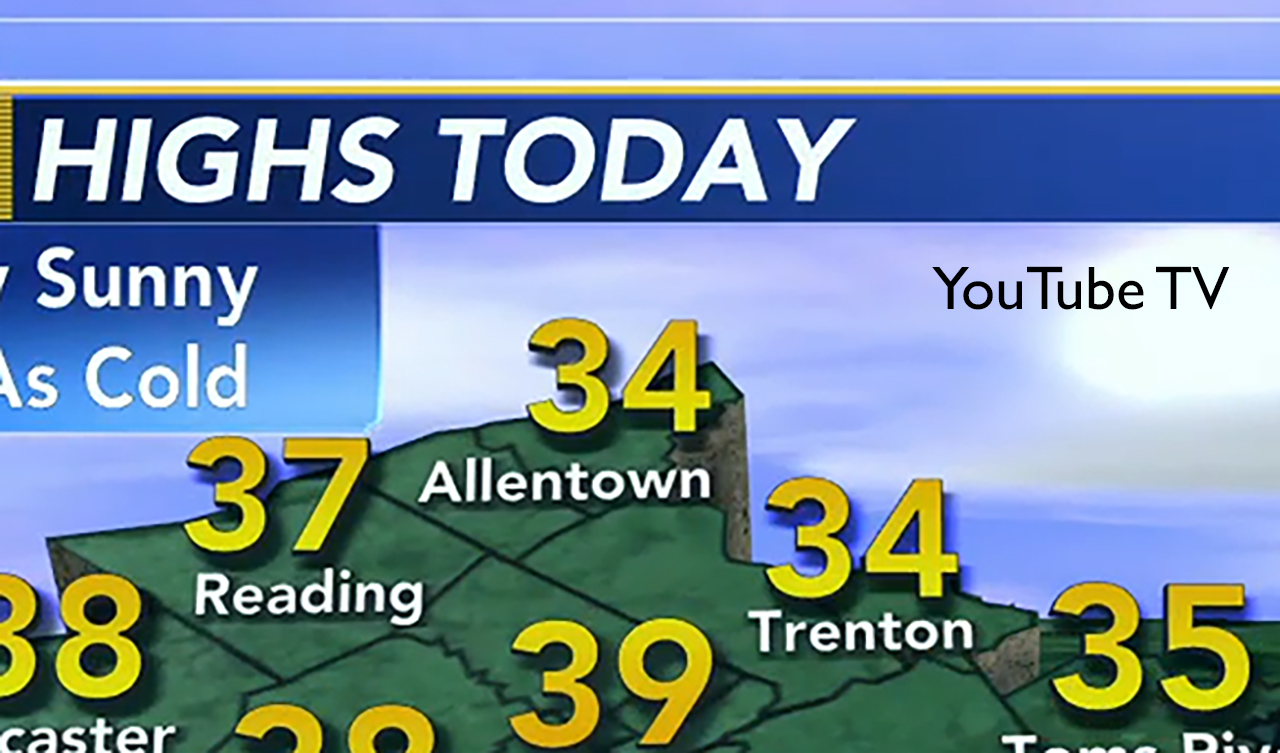 Both providers do poorly with this busy image. Verizon Fios/OTA is still noticeably worse. 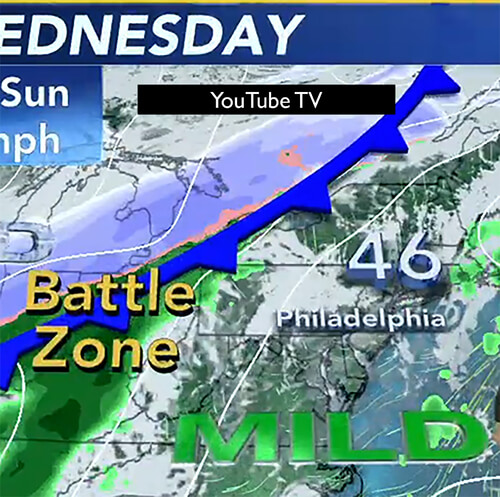 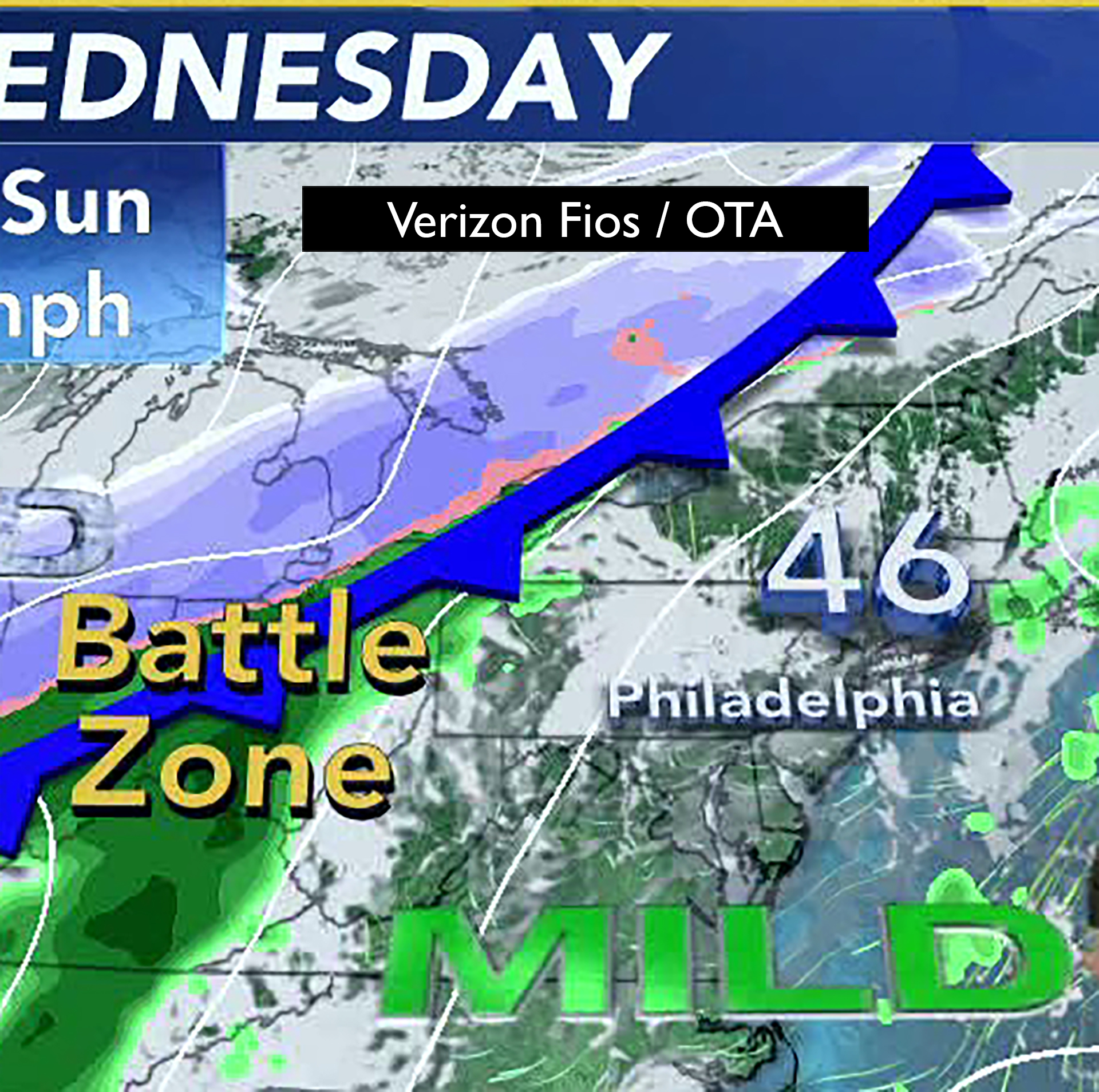 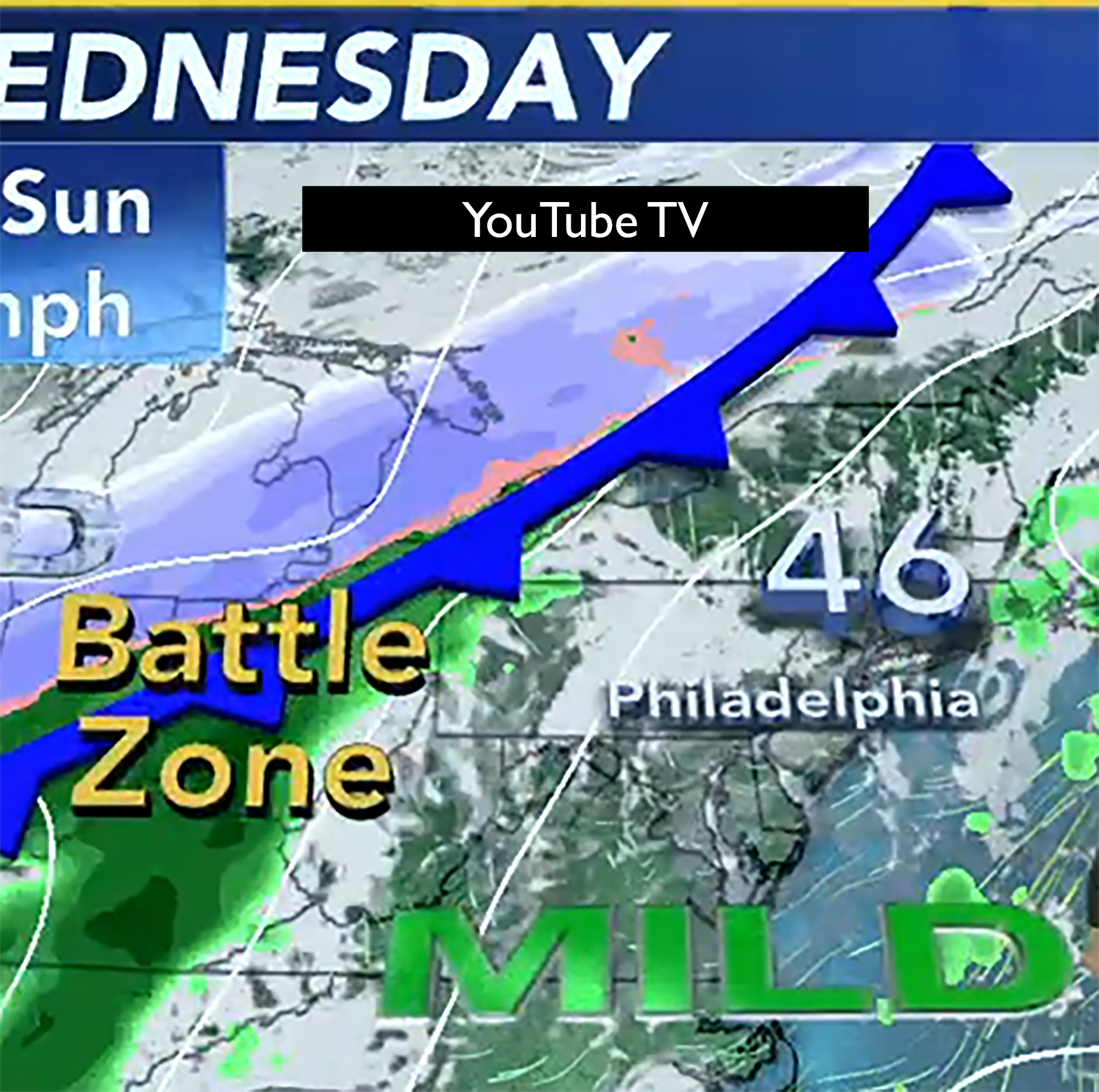 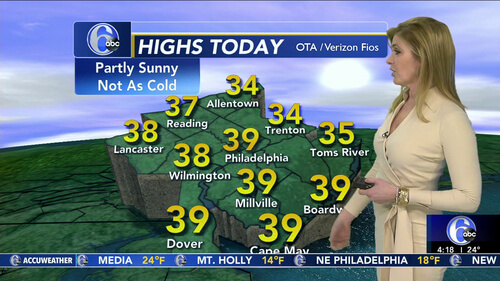 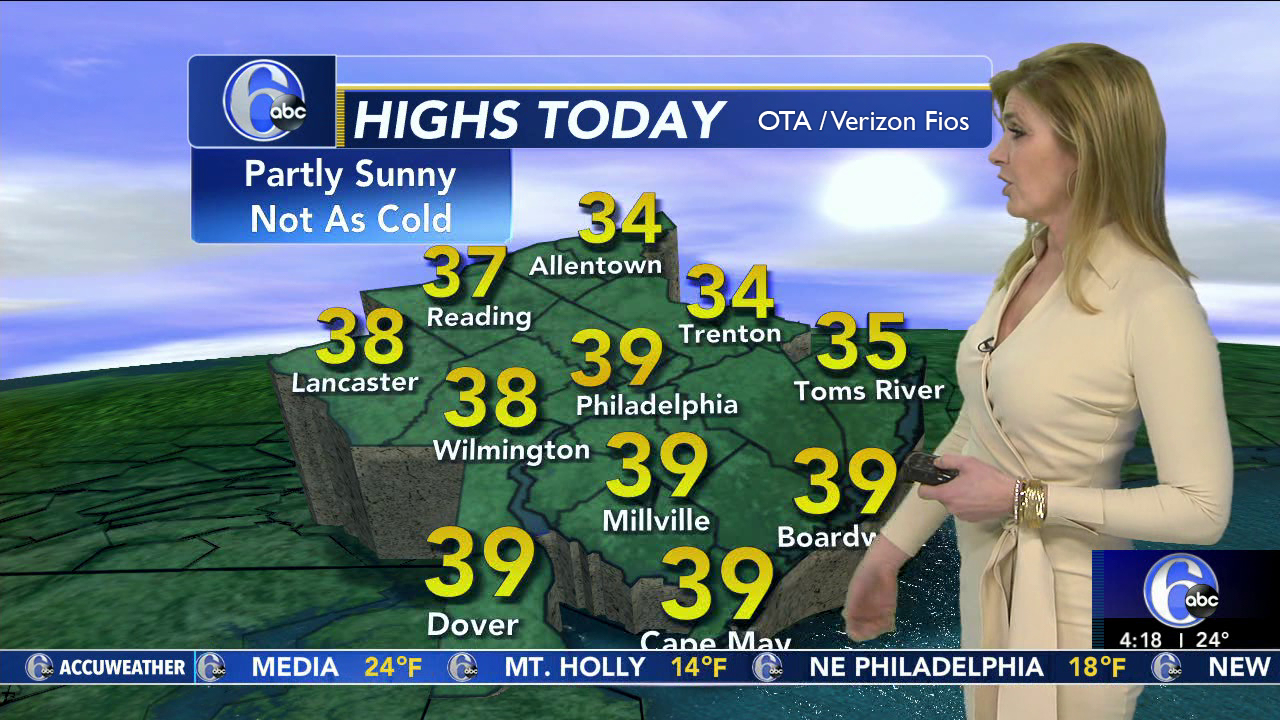 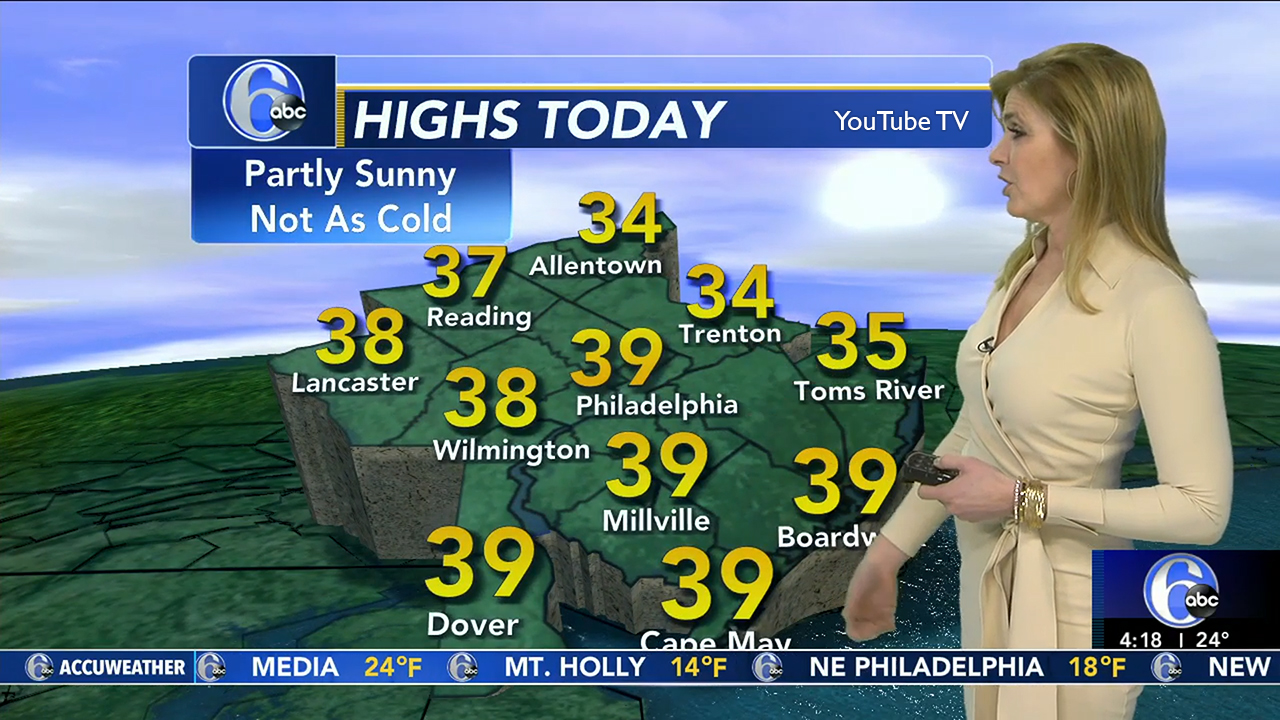 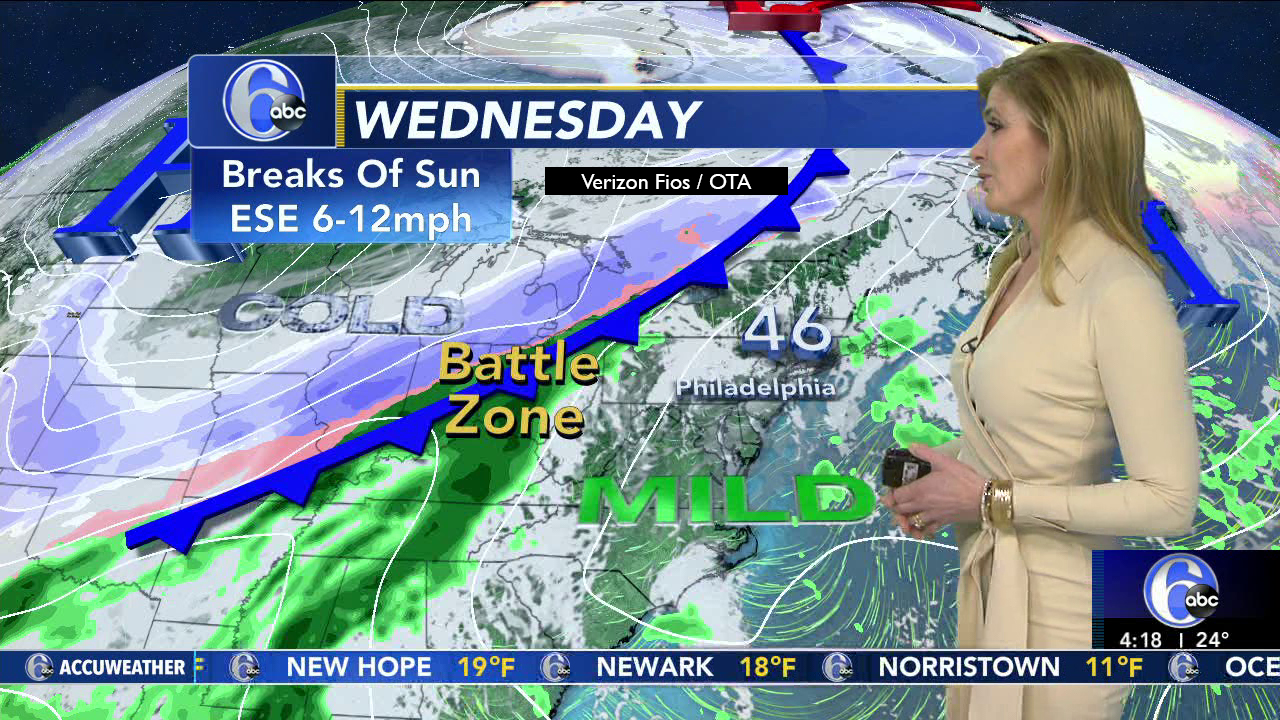